Home > Article > Excitement for the Rain

Excitement for the Rain

The author of this article, Angelica Rascon was part of our internship program in 2021 and contributed a lot in different projects, especially projects at south Tucson. She graduated from the University of Arizona with a Masters in Water, Society and Politics and, she shares with us what the monsoon means for her and those around her.

In the context of rain, every summer from June 15 to September 30, the city of Tucson witnesses one of the most anticipated rain seasons by its residents: the Monsoon. The Arizona Monsoon is part of the North American monsoon, which covers the West Coast of Mexico and the Desert Southwest of the United States. At the beginning of June, the high temperatures of the Sonoran Desert and Mexico increase the atmospheric pressure and join the winds of the Gulf of Mexico and the Eastern Pacific. These winds transport moisture from these oceans through hills, mountains, and valleys until they reach the Sonoran Desert and our city.

The Spirit of Rain

We can feel the immense force of rain when we listen to its furious winds on a summer afternoon or feel its gentle drops when they slip through the fingers of our hands. Listening to rain splashing in a puddle transports us to our magical town, our roots, and culture, where children are happy, and laughter is the purest reflection of life. The rain connects us in a harmonic way like a musical director guiding our feelings to the sound of its voice, 'tic, tac', 'tic, tac.' This is the sound of the rain - which writes the history of all of us in our community, that in one way or another this past 2021, its waters wrapped us in a set of emotions, nostalgia - peace - joy - and even 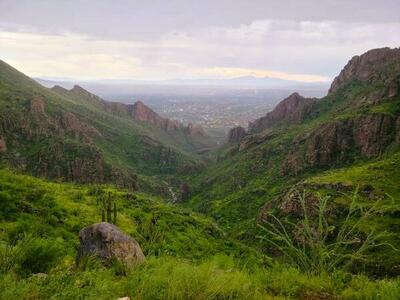 on some occasions chaos by altering our routine or causing damage to our homes or crops, which at the same time is beneficial to our nature by recharging aquifers and giving life to the mountain that surrounds us. Interestingly, Tucson residents eagerly await the start of the rains, just as many await the holiday celebration. The emotions and feelings associated with Christmas are similar to the coming of the monsoon. You can feel at the beginning of June the excitement of the people and the expectation that this phenomenon creates. It is said that in the Sonoran Desert we have two summers – before and after the monsoon. More or less this is the chronology of the rains in our region:

The summer and winter rains:
1. May – June 24: 1st summer before the rains.
2. June-September: summer rain – Monsoon, our 2nd summer.
3. November-March: winter rains or “Equipatas” known for its Native Yaqui language.

Without a doubt, the city of Tucson witnessed one of the wettest monsoon seasons on record in the last 57 years. Thanks to its heavy rains, our desert became a lush jungle, highlighting its great ecological diversity. Since 1894, July was the wettest month with a record of 8.06 inches of rain.
Because of the increase in this humidity, you felt the number of mosquitoes in your arms and legs. Insects, butterflies, and moths were able to reproduce in record numbers – in addition to favorable conditions such as green plants for food. The changes that 2021 brought did not only benefited our ecological system but also caused positive changes in our mental health. You were able to see Tucsonans with a happy face during the great rainy summer since a large part of our mood depends on our natural environment. What we see, hear, and feel causes a feeling of happiness and well-being. According to researchers, your mental health depends on the little tree you see through your window every morning, the green bushes you feel when you walk and breathe their pleasant aroma through the garden, or the rain you hear falling on the roof of your house. The green color of the plants infuses us with serenity, the sound of the rain similar to “white noise” relaxes us, and the aroma of the “gobernadoras” that gives that unique distinctive to the wet Sonoran Desert, calms our mind. 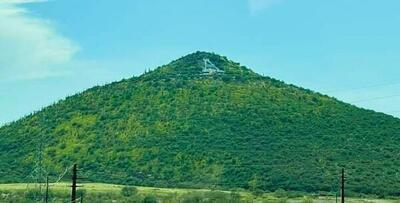 Our ancestors depended heavily on the natural resources of our region for their development and growth. Rivers, such as the Santa Cruz River where our city of Tucson originates “under the black mountain”, provided food as well as shelter for wild animals, plants, encouraging and strengthening the Native families of the region. For the Natives, the land was sacred and had an identity of its own. For this reason, entire families settled on the banks of the river where life flowed and shaped the socio-ecological system of the community. However, as families numbered and new cultures and settlements arrived in search of economic development, the demand for natural resources in the Tucson community increased. Since water was vital for agriculture, mining, and rising industries, the unmeasured overuse of water wreaked great havoc on the aquifer and rivers. Unfortunately, 100 years later, the aftermath is being felt all over town. Challenges to restore the ecological life of the rivers and the need to build more houses while seeing climatic changes make organizations and institutions seek sustainable solutions for the future of this city. Not only the environment will be affected, but also our economic and social growth.

How we continue to develop our city will be our state of health and well-being. However, there is hope for the city of Tucson, advances in technology, innovations, and adaptations allow us to change bad habits for good ones. Through education, community outreach, and government funding programs, as well as incentives, we can make progress. Some of those innovative changes are the use of ecological transport on our highways, the use of solar panels in homes and businesses, rain collection-harvesting systems in the city such as landscaping, permeable paving, plants, and trees that help in evapotranspiration, air quality, and green infrastructure in our streets. In addition to creating new green environments such as green terraces, integrating the intelligence and adaptability of the native cultures that know the history of this land. It is vital that we become aware of including nature in our urban planning, knowing that human beings depend on rivers, their natural environment, and these places that bring more than aesthetic, a sentimental value and identity to the land of our ancestors and our future generations.

Engaging in conversations with my family, I was able to grasp the importance of rain, as it waters the earth and makes brightly colored plants sprout, producing joy in us. I remember hearing my parents comment on the surprising change that A Mountain had taken, a historic hill located in the center of the city, in sight of those who drive on the I-10 / I-19 highways. A Mountain best known for its cream-brown colors was now bright green. I was surprised to see the reactions of my relatives who even went swimming in Sabino. I took on the task of knowing what my close friends thought about the rain. I formulated a series of questions and found that for 80% of those surveyed, the rain gave them a feeling of joy, inner harmony, and refreshment. Interestingly, the common factor among those surveyed were childhood memories that surface through a rainy and cloudy day. Memories such as “playing in the puddles” “playing on the baseball field” “feeling the mud on your feet” “smelling the plants” and “hearing your friends laugh” were overwhelming with emotion.

Likewise, only 20% indicated that hearing the loud sound of rain instills fear in them. This same 20% mentioned growing up in an area prone to storms and 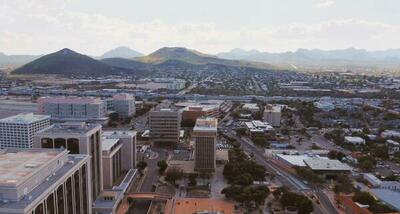 floods. Also, the majority related the result of the rains as something positive and beneficial, they saw improvement in the life of their plants, crops and one related to water as the "healing medicine for people and the environment" It is worth noting that the majority mentioned that despite the increased amounts in mosquitoes and insects, they preferred the rain because they were aware of the importance that these mosquitoes have in the ecological system. Only those who associated rain with a feeling of fear said they would prefer no rain so that there would not be so many mosquitoes.

Undoubtedly, the human relationship with the rain is associated with the emotions that it produces in us, whether positive or negative. Also, I conducted this same survey with Tito Romero, one of the founders of Flowers & Bullets. He said that the rain benefits the city despite the mosquitoes that came later. He fondly remembers his childhood and rainy picnics. Because of these experiences that he had in his childhood with the environment, he was able to create an appreciation for plants. He firmly believes that it is transcendental to reconnect our city to its environmental roots through rain and educational programs that contribute to the fight to harvest water, organizations such as the Watershed Management Group and Flowers & Bullets among others make this possible. Let it rain!!