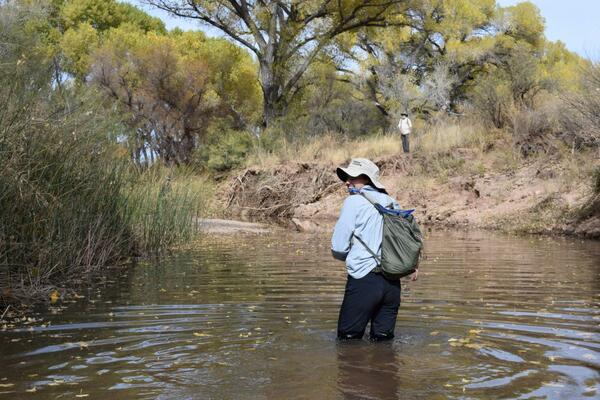 What is the Binational Beaver Survey?

This November and December, WMG launched its first-ever Binational Beaver Survey - an on-the-ground effort to assess how many beavers are living along the San Pedro River and some of its main tributaries on both sides of the U.S.-Mexico border. This data will provide information needed to support healthy beaver populations along the San Pedro long-term so that beavers can encourage healthy ecosystems by slowing down river flow, sinking groundwater, recharging the aquifer, and restoring wetlands and river habitat.

In the late 1800's, beavers were exterminated from the binational San Pedro River. Twenty-one years ago, they were introduced into the San Pedro National Riparian Conservation Area in Southern Arizona. Since then their population has grown, expanded into Mexico, and then shrunk in numbers in the U.S.

The Binational Beaver Survey is being led by WMG staff and key partners, with volunteers from members of WMG's River Run Network: a community of active volunteers who are working to restore river habitat and bring back river flow for good. Volunteers will be hiking sections of the river looking for evidence of beaver activity, including chewed trees, beaver scat and tracks, and beaver dams and lodges. All beaver activity will be recorded through a custom survey created by WMG that is available on mobile devices, and all recordings will be georeferenced to view the data spatially.

On The Ground: Beaver Activity Spotted!

On November 20th, WMG and River Run Network volunteers set out to the San Pedro Riparian National Conservation Area (SPRNCA) near Sierra Vista to cover 16 miles of the San Pedro and found plenty of evidence of beavers! There were four separate groups led by Executive Director Lisa Shipek, WMG interns Tyler Routt and Connal Boyd, and Cochise College biology teachers Steve Merkley and Frank Emanuele. Every group saw active beaver evidence, and one of the groups found 2-3 distinct areas of beaver activity, including family colonies, shown below in pictures: 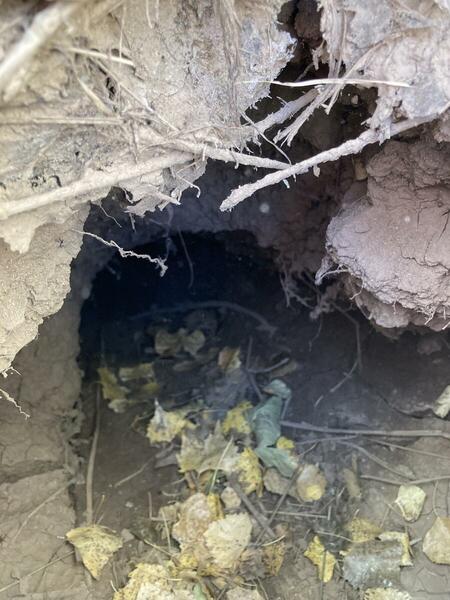 This was the first, distinct area of beaver activity found. Shown above is a picture looking into a beaver lodge, where beavers pile mud, sticks, and other debris to create a home for their colony. Around this area, there was also plenty of beaver chew and even a pile of trees that were chopped down by beavers. 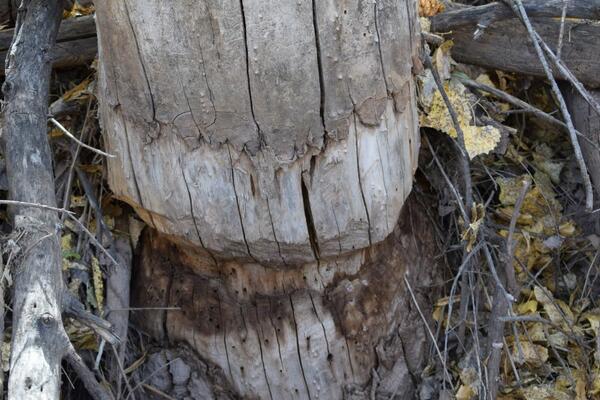 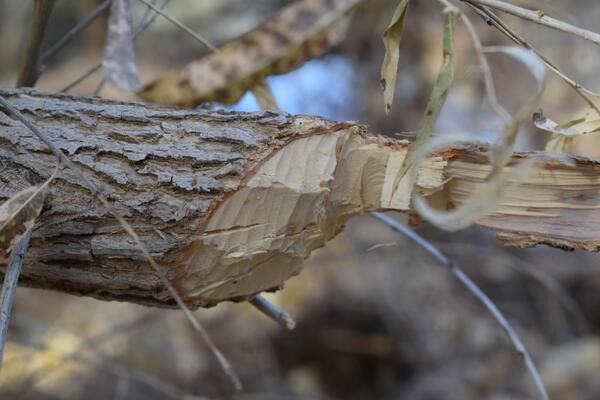 If we think we've found a distinct area of beaver habitat, we often find lots of beaver chew in a short portion along the river. In this particular area, we found exactly this, with trees that have been chewed at the base as shown in the first picture. The second picture also contain beaver chew, which you can see with the short, horizontal bite marks in the tree bark. 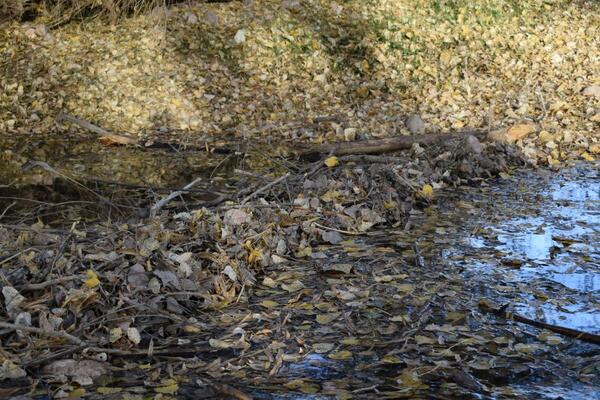 Towards the end of this particular survey stretch, we found a beaver dam! This one looks to be fairly new and under construction, as it is only about half a foot tall across the river. Beaver dams are typically made of logs/sticks, leaves, and mud to halt the flow of the river.

After all the surveys are done, we will be estimating the total population of beavers in these stretches to share publicly in January.

To build on this progress, WMG is recruiting more members to the River Run Network (RRN). RRN members help out with neighborhood cleanups and beautification events, workshops to remove highly detrimental invasive species along Tanque Verde Creek, and will continue to provide boots on the ground for upcoming binational beaver surveys on a yearly basis. To learn more and join the River Run Network, visit watershedmg.org/RRN.