WMG’s Top Ten of the Decade! 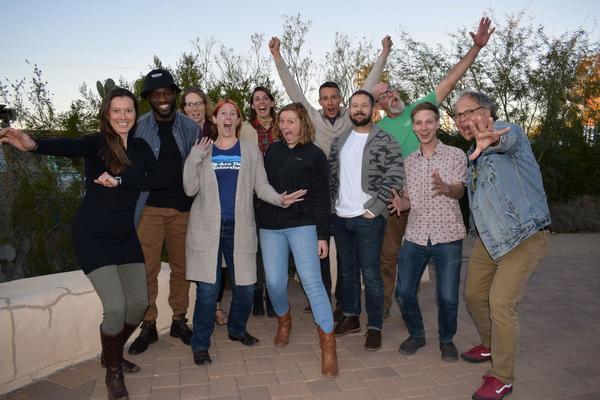 At the close of a decade, we’re sharing WMG’s most significant accomplishments of the 2010s, made possible by you—our steadfast donors, hard-working volunteers, and collaborative partners.

This decade has been marked both by great progress and growing division with social and environmental issues. During this time, the WMG community has been a hopeful and inclusive space, with boots on the ground and helping hands to build the solutions today for a more resilient future.

WMG’s Top Ten Reasons to Give: A Decade to Celebrate!

2010: Published our Green Infrastructure Manual for Desert Communities—a free resource to support design and installation of neighborhood green infrastructure. Thousands of print copies have been distributed and over 1,000 people have downloaded this manual from 13 different countries.

2011: Expanded our seven-day Water Harvesting Certification to new communities in Phoenix, Santa Barbara CA, and offered a course in Spanish for border residents. This decade we’ve trained 403 people through the Certification from across the U.S. and abroad.

2013: Developed Tucson’s Green Streets Policy that was approved by mayor and council. One of the only policies of its kind in the nation, it requires that the first ½ inch of street runoff be captured and utilized to irrigate streets trees as well as provide 25% tree canopy cover and 25% grass and shrub cover along roadways.

2015: Built the Living Lab and Learning Center as a community resource and launched our docent program and internship program with the University of Arizona. Docents help us teach thousands of people at the Living Lab annually.

2016: Launched the River Run Network to mobilize the community in working towards our 50-year vision to restore Tucson’s heritage of flowing rivers. Now 1600 members and growing!

2017: Established We Are One Watershed resolutions and enhanced WMG’s programs to be more inclusive by starting WTF-Build Co-op workshops (Women, Trans, Femme), bilingual classes and tours, and expanding our limited income services.

2018: Celebrated the 10-year anniversary of the Green Living Co-op leading 366 transformative workshops at people’s homes. These Co-op members are harvesting over 5.1 million gallons of water annually!

2019: Co-led the development of the Santa Cruz Watershed Collaborative in partnership with dozens of government and non-governmental organizations and set a collective vision, “People working together to ensure a healthy urban watershed with flowing rivers and streams.”

Thank you WMG community for helping us start the 2020s with gusto!