Sun Rideshare challenges you to keep our skies blue 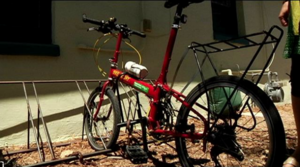 Sun Rideshare is offering up incentives to use alternate modes of transportation.

The Environmental Protection Agency is scheduled to release new pollution standards in October, which could potentially put Tucson in non-attainment if it doesn't reduce things like vehicle emissions.

Lisa Shipek rides her bike several miles a day to get to work at the Watershed Management Group, she says it's a way of life that she tries to spread to her employees.

“We already had a culture of biking to work, and so we wanted to build on that and make it even more appealing to recognize the efforts that people were already making,” said Shipek.

Sun Rideshare challenges you to keep our skies blue