Home > Newsmedia > Logan Phillips: Velodrome is a good idea, but not at Tucson's birthplace

Logan Phillips: Velodrome is a good idea, but not at Tucson's birthplace 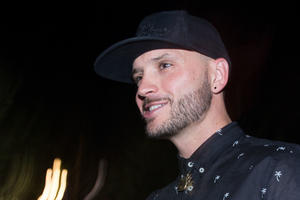 A few weeks ago, I found myself standing on the south side of the Cushing Street bridge with the mammoth pad for Caterpillar below, imagining the new view of Sentinel Peak and Tumamoc Hill with a huge, unimaginative office building in the foreground. It brought to mind the regrettable history of the land known as “Tucson’s birthplace” since the city’s modern founding.

First, in the 1880s, mistreatment of the Santa Cruz by Sam Hughes and other newcomers transformed the river from a wide riparian area that supported a network of communal acequias to a channelized bed that left many intakes for that irrigation system high and dry.

Finally, the now unfathomable decision by city leaders to use the floodplain — land that had been agriculturally productive for centuries — for a landfill in the 1960s.

With this history running through my head, I was relieved to finish walking home that Sunday and read of the park concept studied by research scientist Philip Rosen and described by columnist Ernesto Portillo Jr. in “A velodrome-free way to develop city’s birthplace.”

While I personally enjoy cycling and appreciate its local economic impact, I agree that a velodrome is not the right fit here. There are likely several other locations where a velodrome could successfully operate in town, and this site begs for a use that is fully public and uniquely Tucson.

Since its inception, Rio Nuevo’s charge has included cultural and historical relevancy. We desperately need a course-correction between hotel projects to honor what makes people want to be here in the first place. Downtown can’t be only bars, restaurants and corporations. There must be a middle ground between Rio Nuevo’s early pie-in-the-sky era of dreaming big — too big — and the current everything-must-make-money philosophy.

As taxpayers paying for Rio Nuevo, it is time we organize and advocate for an act of placekeeping at Tucson’s birthplace. We need a park where we can tell the story of our community, our natural environment, honor indigenous presence and articulate our unique hybrid culture. Tucson is home to many organizations that are already national leaders in doing this type of work.

Imagine connecting the birthplace park to the vision and leadership already being demonstrated by Mission Garden and its Tucson Origins Heritage Park, and also the University of Arizona’s Desert Laboratory on Tumamoc Hill, the Southwest Folklife Alliance, Presidio San Agustín del Tucson, the Dunbar Project and Borderlands Theater’s Barrio Stories. These are all amazing local examples of the intersection among arts, science and community. The cultural capital exists, but we urgently need to develop cultural infrastructure where it can be showcased.

The environment should also be high priority downtown, and Tucson Water’s bold Agua Dulce proposal to use highly treated effluent to recreate the living river through the city’s core should move forward and interact with the park. Again, local know-how is already in place: Watershed Management Group’s River Run Network is currently working on riparian restoration here.

The designation of Tucson as a “City of Gastronomy” by UNESCO was recognition, but it also issued us a challenge.

Will we continue the history of misuse and homogenization at our riparian, agricultural origin point, or will we have the courage to showcase the natural and cultural magic intrinsic to Tucson?

In Portillo’s column, Rosen implies a lack of public interest for why the park proposal hasn’t moved forward. Caterpillar’s a done deal, but for the rest of the site we have a once-in-a-generation shot to get it right. Tucson’s birthplace deserves our best effort.

Logan Phillips: Velodrome is a good idea, but not at Tucson's birthplace