Tucson city councilman Steve Kozachik is working with a local company to ensure the homeless can wash their hands adequately during this Coronavirus Pandemic. 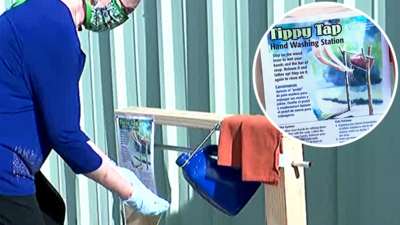 The Ward 6 leader has partnered with Watershed Management Group to construct 14 Tippy Taps.

The Tippy Tap is a late 1970s device that was initially used in several foreign countries and rural American settings where there was very little if any running water.

Users do not have to touch the water container thus making the Tippy Tap very hygienic.

Generally, there is a bar of soap on a rope that’s also connected to the Tippy Tap.

The goal in deploying the Tippy Taps is try and do everything possible to control community spread of COVID-19 within the homeless population.

One of the local hand-washing devices is being used at the Sister Jose Women’s Center. Four more will be placed at the Casa Maria Soup Kitchen.

Kozachik is hoping to eventually be able to provide Tippy Taps within homeless encampments around the city.