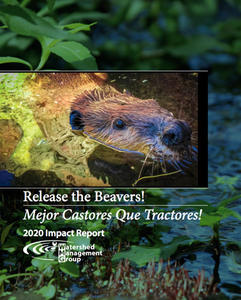 Beavers are so critical for our desert rivers that we’re expanding our Release the Beavers campaign to include both the Santa Cruz and San Pedro international rivers, which ow through the U.S., Mexico, and tribal nations. We acknowledge the watersheds are part of the ancestral lands of the Hohokam, Sobaipuri, and Apache people, and those of the Pascua Yaqui and Tohono O’odham people whose relationship with this land continues to this day. rough this campaign, we strive to recognize traditional ecological knowledge and historical accounts of beavers in the Southwest.

Visit Watershedmg.org/Beavers to join our campaign and pledge to support beavers in our desert rivers.